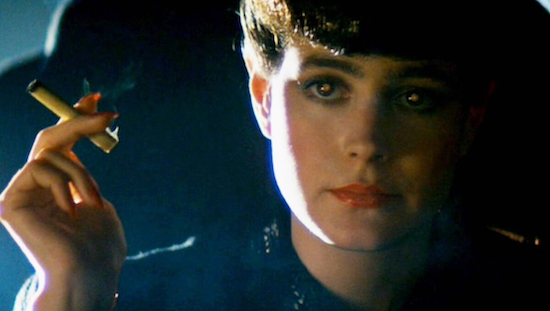 In the history of sci-fi movies. few are as beloved or, in some ways, controversial as Blade Runner. But that’s What We’re Watching this week.

When the film debuted in 1982 it found limited commercial and minimal critical praise. In the years sense, appreciation for the film has grown immensely with audiences around the world now embracing it as a sci-fi/noir classic. It’s so popular, in fact, it spawned a sequel thirty years later: 2017’s Blade Runner: 2049.

It’s also had, to date, seven different versions over the years as well. Crazy, right? We prefer the Director’s Cut, by the way.

It’s hard to remember exactly how many times we’ve watched the tale of Rick Deckard, Blade Runner, as he hurts humanoid replicants, led by Rutger Hauer’s Roy Batty, in dystopian Los Angeles of 2019. Yes, the movie takes place in the “future” year 2019.

Remember, the film originally came out in 1982, so 2019 seemed far into the future when they were making it. So much so it imagined a time when we’d have flying cars, endless rain, replicants to do our bidding and a rewarding trip to the off world colonies to look forward to.

Even though the film didn’t get a lot about the future correct, at least not yet, it still manages to entertain and provide a spectacular look at what life in the “future” might be like. Plus, it’s technically innovative, beautifully scored and boasts a great cast doing some of their finest work. And, it just looks cool.

Have you seen Blade Runner? Do you love it as much as we do? Let us know in the comments or hit us up on Twitter, Instagram or Facebook. Happy Watching!