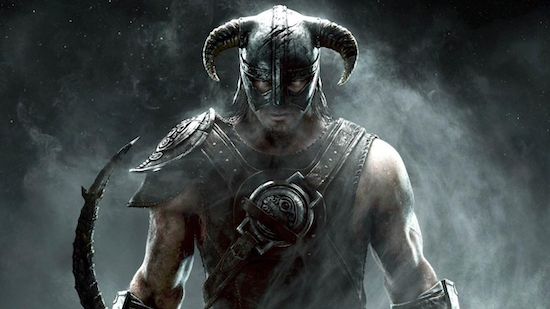 It’s time for another edition of What We’re Playing. This time around What We’re Playing is The Elder Scrolls V, better know to all as the amazing Skyrim. If you’re a fan of this site, or gaming in general, we’ll guess you’ve probably heard of it.

When first released in 2011, Skyrim received universal acclaim and was touted as one of the best video games ever made. Since that time, the game continues to be immensely popular, with fans anxiously awaiting a new installment.

Of course, some have moved on to other games, it’s just the nature of the business. But we love Skyrim and always will. We know a lot of people agree.

For those few not familiar, you enter the game as The Dragonborn. Your quest “is to defeat Alduin the World-Eater, a dragon who is prophesied to destroy the world. The game is set 200 years after the events of Oblivion and takes place in Skyrim, the northernmost province of Tamriel.”

“Over the course of the game, (you) complete quests and develop your character by improving skills. The game continues the open-world tradition of its predecessors by allowing the player to travel anywhere in the game world at any time, and to ignore or postpone the main storyline indefinitely.”

That’s a rather mundane way of describing the awesomeness that is Skyrim. But don’t take our word for it, or the word of the person who wrote the words above and posted them on Wikipedia. You really need to play it for yourself.

But until then, check out the official trailer for Skyrim below to see what you’re missing or to remind you what you need to get back to. Happy gaming!

Have you played Skyrim? Do you love it as much as we do? If so, let us know in the comments or hit us up on Twitter, Facebook or Instagram.