Happy 41 to The Empire Strikes Back

Happy 41 to The Empire Strikes Back 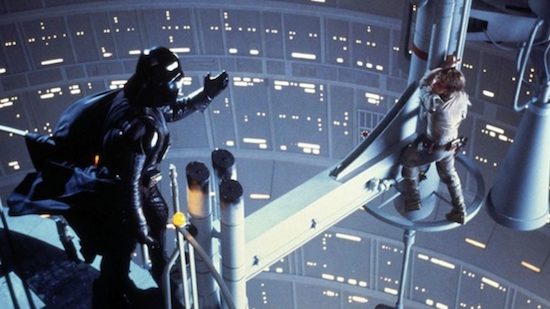 It was 41 years ago today that one of the greatest sci-fi epics of all time was released in theaters. We’re talking, of course, about the sequel to Star Wars, then known simply as The Empire Strikes Back. But it wouldn’t be simple for long.

When Empire was released it instantly blew up and ushered in a more mature version of the Star Wars universe complete with bigger stakes, more action, romance, drama, suspense, improved visual effects and quite a twist ending, to put it mildly.

That twist, still often misquoted to this day, was one of the seminal events in many a young sci-fi fans life and marked a turning point in sci-fi movies that endures to this day. Sure, Empire didn’t invent the “twist” ending, but it damn sure brought it to millions of new fans around the world.

In short, we love this movie. And 41 years later it’s still one of our favorites of all time, especially for our Editor and podcast co-host Chris Ullrich. To him, there’s pretty much nothing better.

So, happy 41 Empire Strikes Back and thank you for being great then, and still being great today. We love you and we know you know. We also promise never to tell you the odds.