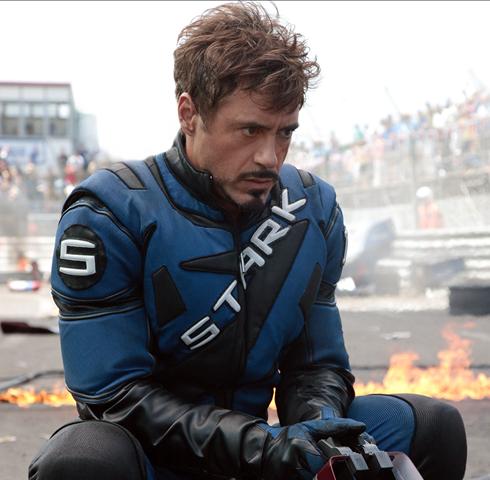 aking advantage of the anticipation building towards to Saturday’s Iron Man 2 presentation at San Diego Comic-Con, USA Today has posted new stills from the movie that will undoubtedly whet the appetites of fans everywhere.

Over at the site, readers are treated to images of Robert Downey Jr. as Tony Stark, amid racing wreckage, the stylishly professional Gywneth Paltrow as Pepper Potts, a surprisingly demure Scarlett Johansson as Black Widow and Don Cheadle as Col. James Rhodes under oath.

Regardless of the success of the first movie (and the legendary presentation to Comic-Con crowds in 2007), both Downey Jr and director Jon Favreau understand the importance of presenting the right impression to the 125,000 fans flocking to Comic-Con this year.

“This is about the toughest group there is to impress,” says Downey Jr., “They’re watching your footage, every one of them waiting to Twitter whether you suck.”

“You can’t underestimate how powerful this group is,” Favreau says. “It’s an unlimited press corps, all of them knowing how to communicate in a digital age. The geeks have inherited the Earth, and that’s good news for us.”

Iron Man 2 will be in theaters May 7, 2010. Meantime, click through to see larger versions of some of the photos.