SDCC13: ‘Psych: The Musical’ and Dream Therapy Coming in Season 8 There is plenty in store for the 8th (and maybe final) season of USA Network’s Psych including a James Roday directed episode and new and old guest stars. Plus the long-awaited Psych: The Musical will finally air on Sunday, Dec. 15. In all, this season showcases “the most inventive things we’ve done yet,” said Executive Producer Steve Franks.

The short clip of the musical shown during the panel is proof enough that Psych-Os are in for a good ol’ fashion song and dance from their favorite detectives. In fact, some lucky San Diego Comic-Con fans were treated to a special screening of the musical Wednesday night. “I am so excited to see it because these guys they know how to sing and dance,” said moderator and guest star Cary Elwes. “Forget acting; they’re the triple threat.”

Another big announcement is the results of the fan vote, which was held to determine what episode to add to the season. The winner is Dream Therapy, officially titled “Nightmare on State Street,” where Gus undergoes dream therapy to understand the cause of his night terrors. Making the episode extra special, Roday will be directing. “It’s the last episode that we’re shooting, so I want to go out with a bang no matter what,” he said, hinting that this season may indeed be the end.

Also coming up in season 8 is a reshoot of one of Psych’s previously aired episodes with some familiar faces. Guests stars from throughout the series will be coming back as different characters in this reimagined episode. Other themed episodes include the 60s and London, with the latter marking the return of Elwes thief Despereaux.

Shawn and Juliette shippers may get some relief now that the pair have surpassed the hurdle that was Shawn’s secret but that does not mean everything will be easy for the couple.  “They’re on a good track,” the Executive Producers said, before Kelly Kulchack added, “on a rollercoaster.” 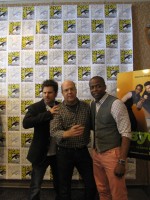 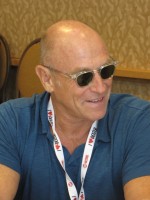 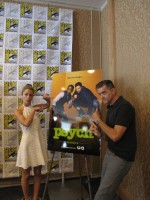 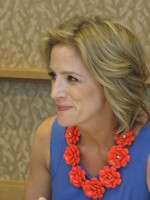 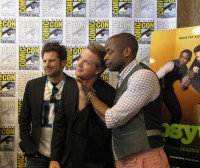 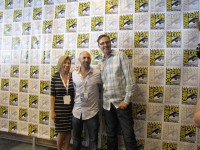