Trailer Time: ‘The Falcon and The Winter Soldier’ 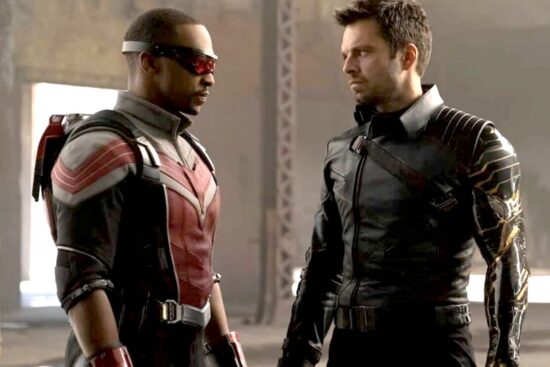 It’s time for another edition of Trailer Time. This time around, we’re going bigger with trailers, teasers and more from the upcoming Marvel/Disney+ series The Falcon and The Winter Soldier.

Now that WandaVision has come to an end, what are Marvel fans to do? We’re not getting Black Widow or Eternals until later this year (at least). So, until then, how will we scratch our itch for explosive Marvel fare?

Fortunately, there’s hope. Hope in the form of two somewhat unlikely heroes named Sam Wilson and Bucky Barnes, aka The Falcon and The Winter Soldier. Played, of course, by the terrific Anthony Mackie and Sebastian Stan, just like in the movies. Fun!

Set in the aftermath of Avengers: Endgame, this upcoming show tells the story of two opposites forced to come together and work together to save humanity from powerful forces, including an old threat in the form of Baron Zemo (Daniel Brühl). Can these two opposites share an apartment and save the world without driving each other crazy?

It sounds great. We’ll just have to watch and find out. Well, maybe we made up that apartment thing. But maybe. Who knows? We’ll find out soon enough.

Until then, check out all the great videos below. The Falcon and The Winter Soldier hits Disney Plus on March 19th.

Are you excited for The Falcon and The Winter Soldier? Are you going to watch it? Let us know in the comments or hit us up on Twitter, Instagram or Facebook.