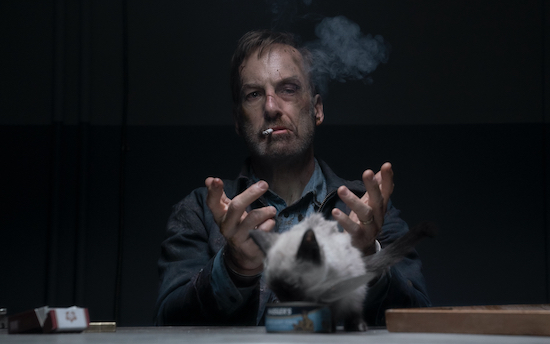 It’s time for another edition of Trailer Time. For this installment we’re checking out the trailer for the upcoming action/thriller Nobody.

The film features Bob Odenkirk as Hutch Mansell, an “underestimated and overlooked dad and husband, taking life’s indignities on the chin and never pushing back. A nobody.” Until one day, he does push back. Hard.

After a break-in at his home, Hutch has had enough. The incident triggers “dormant instincts and propell(s) him on a brutal path that will surface dark secrets and lethal skills. In a barrage of fists, gunfire and squealing tires, Hutch must save his family from a dangerous adversary and ensure he will never be underestimated as a nobody again.”

Choice words from the film’s official synopsis. Sounds good to us. And based on the trailer itself, we have to say it, this movie looks pretty darn good.

Let’s hope the trailer does it justice. We’re pretty sure it does.

Nobody stars Bob Odenkirk, Connie Nielsen, RZA, Aleksey Serebryakov and Christopher Lloyd. It’s written by Derek Kolstad of John Wick fame and directed by Ilya Naishuller. It hits theaters on March 26th. Look for it on streaming hopefully soon after that.

Until then, check out the “Redband” trailer for Nobody after the jump. Yeah, we still need to do that. Sorry.