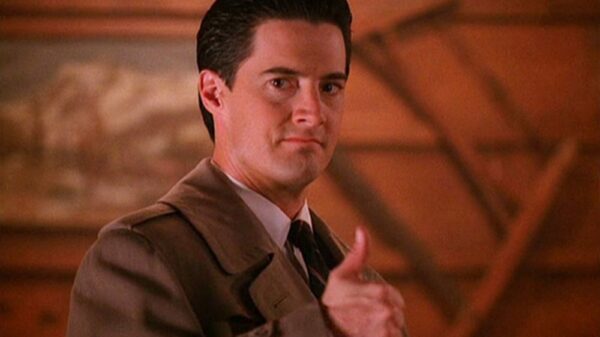 On this episode Chris and Joe move on from development hell into the virtual Hell-on-Earth often created by visionary director David Lynch. This is the first of a new series where the boys go deep into the work and career of a specific artist and discuss their style, technique and what makes their work resonate with audiences.

Lynch’s films and television achievements include Eraserhead, Dune, Blue Velvet, Mulholland Drive and the groundbreaking television series Twin Peaks. All of these, and the rest of his work, are characterized by stunning visuals, complex characters, outrageous situations and often stark brutality. He’s been praised as a genius visionary by fans and critics alike and he’s won numerous awards.

His work has been discussed and studied for years with the director himself offering rare information as to what his work means and why he’s presented it the way he has. So what does it all mean, really? Chris and Joe think they’re up to the challenge of explaining it all so, in this first in a series of Deep Dives, they wade in on the films, television and career of David Lynch.

It’s pretty great. Thanks for listening.

WARNING: This episode may contain discussions about COVID-19, mental health and quarantine. We understand not everyone is in a place to talk about or hear discussions surrounding these issues. Please do what’s best for you. Stay safe everyone.