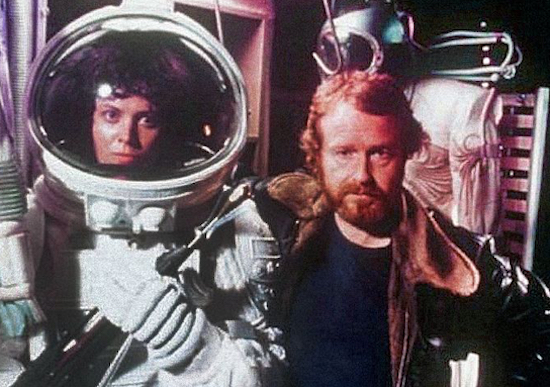 This week’s episode is another Deep Dive where we go, well, deep into the body of work and life of a particular creator. This week’s subject is Director and Producer Ridley Scott. whose career has been quite interesting, to say the least.

His somewhat eclectic roster of films including Alien, Blade Runner, Legend, Back Hawk Down, Thelma and Louise, Gladiator and The Martian demonstrate his keen sense of style and storytelling prowess. His films have been lauded as groundbreaking and stylistically influential to a generation of filmmakers that followed. He’s also won numbers awards, including the Academy Award for Best Picture for Gladiator. In short, he’s pretty badass.

As with our previous Deep Dive, this episode was recorded and released first for our Patrons, but now we want all of you to hear it too. It’s just that good.

If we’re being totally honest (which we try to be), we weren’t going to release this episode this week, but due to unforeseen circumstances, here it is. It’s better this way, really, the actual episode we were going to do for this week would probably have been shit. So, consider yourselves lucky.

WARNING: This episode may contain discussions about COVID-19, mental health and quarantine. We understand not everyone is in a place to talk about or hear discussions surrounding these issues. Please do what’s best for you. Stay safe everyone.