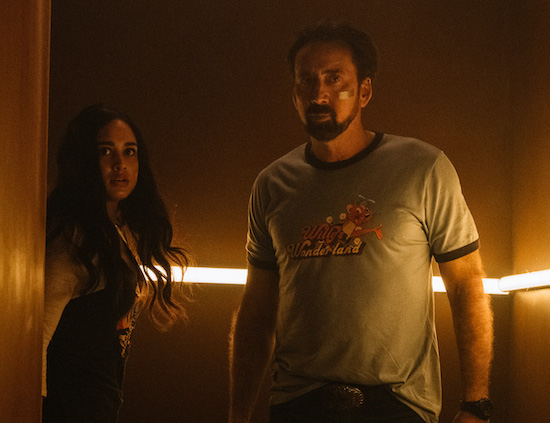 It’s time for brand new episode of The Flickcast podcast. We promise it’s not quite as lengthy as last week, so don’t worry.

We realize some of you may have short attention spans. But when we’ve got something to say, we say it. Even if it takes an hour and a half to do it. That’s just how the world works sometimes.

This week’s episode of the podcast, however, is shorter, but still manages to pack in all kids of stuff. Some of the stuff include the recent Joss Whedon and Gina Carano controversies, more WandaVision including Chris’ new theory on what it’s all about, continuing discussion of how show business works, how most plots of TV series are derived from OG Star Trek episodes and the career of Nicholas Cage.

Speaking of Mr. Cage, Chris’s pick this week is a recent movie, starring the man himself, called Willy’s Wonderland. In it Cage players a drifter who must survive the night by doing battle with animatronic creatures at a Chuck-e-Cheese-like establishment. It’s pretty crazy.

Joe didn’t make a pick this week, but feel free to listen to a Marillion album in his honor. Thanks for listening.