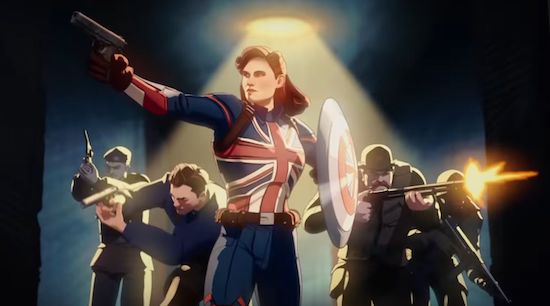 It’s time for another edition of Trailer Time. This week it’s the brand new one from Marvel for their next streaming blockbuster series What If . . .?

Gotta say, this looks pretty awesome and gives fans a lot of interesting and exciting variations on their favorite Marvel characters and stories. I mean, Captain Carter? Come on, that’s cool. We’re in.

What If . . .? starts streaming on Disney+ on August 11. Until then, check out the trailer below.